We know you have been waiting an extremely long time for NoLimits 2. While we don't know a date yet, we can give you a little something to drool over. A huge thank you to our staffer Tom Zeliff for providing the screen shots of one of the new trains and Ole for the granting of the interview. Please enjoy!

-How many coaster types could we be seeing on the first release and based on that and further down the road release new ones with updates?

We are bringing back all of the current NoLimits trains for NoLimits 2. Most of the trains are getting some kind of an update/refresh. Everyone is most interested in how many brand new styles there will be. In addition we have many all-new trains in development for NoLimits 2! We have shown the Intamin Rocket style and the B&M Floorless Dive Machine style so far. Today we are happy to reveal one of the new styles exclusively on ThrillNetwork!

-Can you list the features that have been previously released for our users who aren't updated quite yet?

The new track building system is easier to use and learn for new users. It features a number of easy to understand visual cues to help with creating smooth tracks.

-What has been the hardest part about designing the new game?

The brand new engine was a monumental undertaking for Ole. Everything was coded from scratch to support the new features we wanted to include and improve the realism of simulation. Second hardest part was finally drawing a line where no new features would be added. We are roller coaster fans also and would love to keep adding everything in the world! However, if we did that we would never finish! We know that we'll dissapoint a few fans when a favorite train is not included. We had to choose a point to stop adding to our to-do list. All that said, we are confident that everyone will be happy with NoLimits 2. Any dissapointment over something missing will be quickly forgotten once our users start to explore everything that is possible!

-What kind of system specs should users expect when using the game?

Minimum and recommended system specs are yet to be determined, though we are focusing on many performance optimizatoins to help keep the minimum specs as low as possible.

-On a scale of 1 to 10 how realistic will the game be? (For example, will trees look a little more life-like rather than kind of cardboard cutout).

Trees and other scenery objects will feature significant improvements in quality levels. Users have much higher quality foliage to work with and the power users that create their own objects can take advantage of the powerful features of NoLimits 2's custom engine! The default foliage options place the simulation at an 8 with the roller coaster models and engine generated track features a 10. Once the NoLimits community discovers what can be done we expect the user made options to take the enfironment past the end of the scale!

-Will users be able to add more rides around coasters such as flats in this game or even having multiple coasters running in one scene?

Yes. Multiple coasters of different styles may be added into the same park. These coasters can operate independently or in sync with other coasters for racing/dueling rides. Flat rides can be animated using the scripting engine. The only limits are the creativity of the user!

-Will different elements of the ride like magnetic brakes, sensors, cable pulls, etc. be available without using tools?

Yes and no. More coaster styles now offer ways to include magnetic brakes and creative users will take advantage of some new track features to accomplish almost anything!

-Out of all the coaster trains that you design what is your favorite to run on a track and why?

-Will woodies be able to complete an inversion in the game? (Like Outlaw will be able to).

Woodies have always been able to complete inversions in NoLimits. It's up to the user to figure out how to support the track in a manner that looks realistic.

-We know that tunnels and splashdowns will be featured in the new game. How easy will it be to incorporate it into the ride(s) or will it be something that we'll need tools for or extra tweaking?

Tunnels (including underground tunnels) are very easy to add. Users only need to add style markers and set a portion of the track to have a tunnel. The engine will do the rest.Splash downs are accomplished via the scripting engine. A sample pond and splash effect script object are included in NoLimits 2 for users to add as they see fit. Users are welcome to build off of our example objects and create their own scripts and effects.

Social media incorporation is something we are discussing but it is not likely to be part of the initial release. Track exchange sites may decide to add these features on their own if the demand is there. We are always evaluating options for improving the experience.

-When using the simulator to ride the rides, will it be used like in the original NoLimits or was it rebuilt for the new game?

Riding the coasters is handled with similar controls, but there are further enhancements included to add to the realism of the simulation. Keyboard controls will feel similar and can be customized. Additional features require additional controls. The manual block brake functions are controlled with an on-screen menu.

-Will the hot keys be able easily be navigated for first time users for recording movies for the rides?

We recommend that users take a moment to familiarize themselves with the hot keys. NoLimits users will find the controls familiar.

-In this game are we able to go beyond 124mph and above 500 feet? Or will the limit still be in place?

The build area is now much larger and much taller. Maximum speed limit for launches and transportation segments is higher now with the final limit still to be set.

-Can you give us any details on how the supports are being used in this game?

Almost all track styles include custom support options that match the real life coasters. The prefabricated supports are quite detailed and can adjust to various sizes of tubes and beams. NoLimits 2 supports can be built at any number of pre-set sizes based on real life steel pipe specifications and measurements taken from real life roller coasters. Tubes and beams are now specified with concrete measurements of diameters instead of small, medium, large, XL, etc. If the wide range of real life tube sizes do not fit the needs of the user, custom sizes may be specified from within the engine.

-Can users build themed stations and queues in this version?

Themed stations and queues are available as they are in NoLimits 1: 3D objects may be imported and the default station may be hidden. The default engine generated stations feature many improvements though so we think most people will be satisfied with the regular options.

-Will older designs be compatible with NoLimits 2?

NoLimits 1 track files may be imported into NoLimits 2. Supports and terrain will also import, though custom 3D objects will have to be added again in NoLimits 2's editor. Some of the oldest trains have received updates to correct the scale of the trains. Tracks using these old trains will need some modifications so stations and brake segements will fit the larger, longer trains. The good news is that all of the trains are now accurate to real-life sizes! 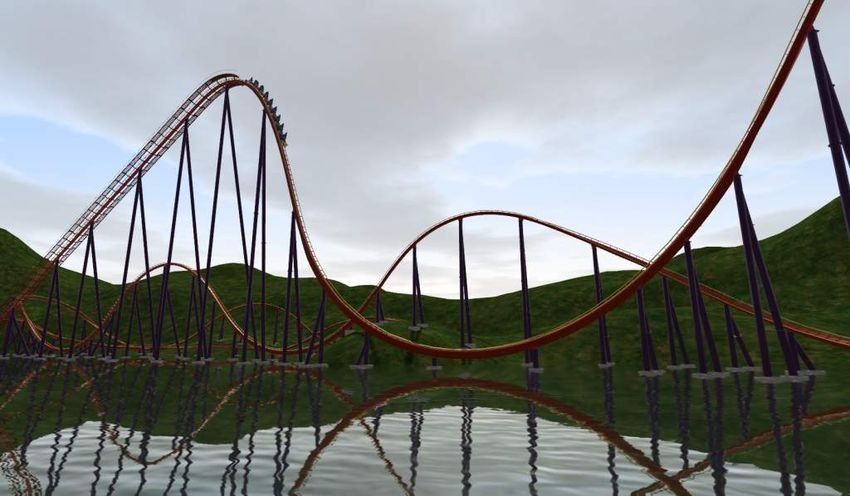 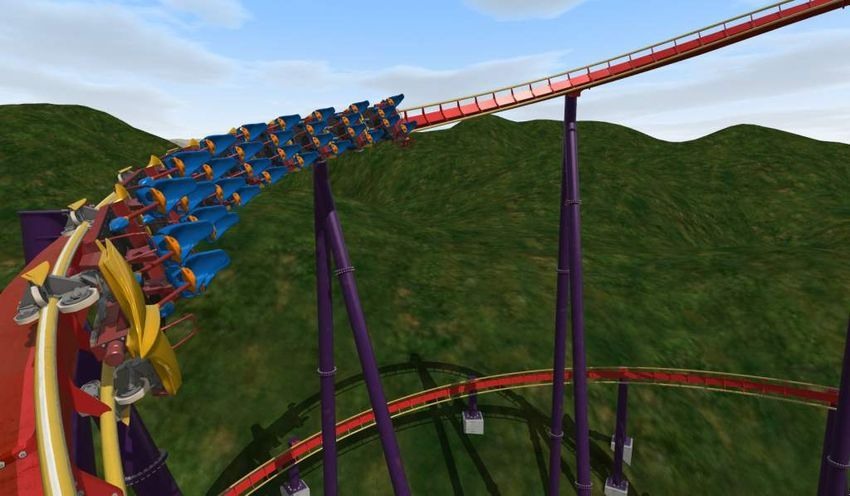 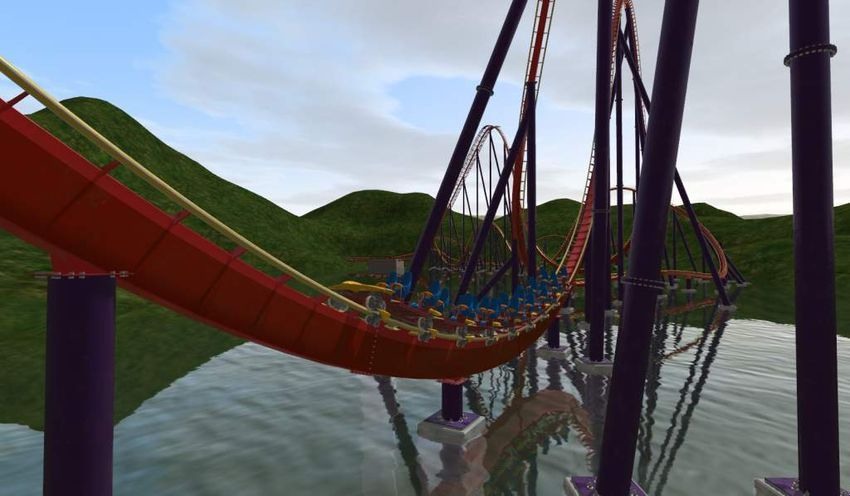 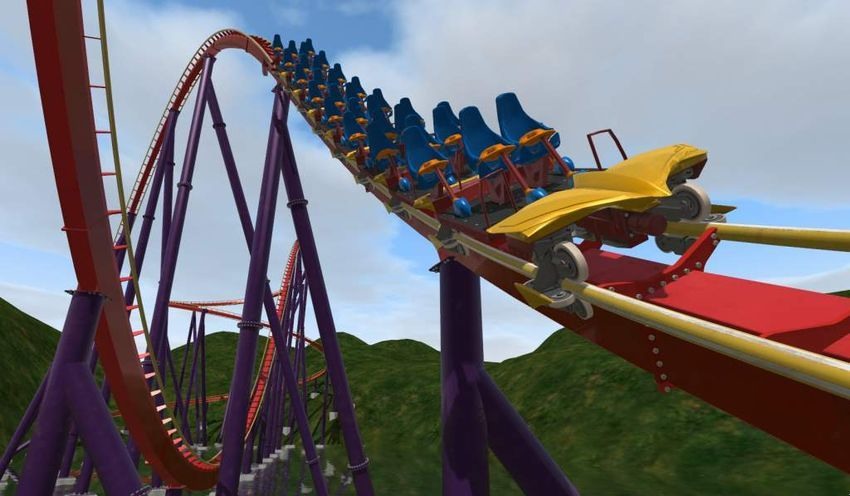 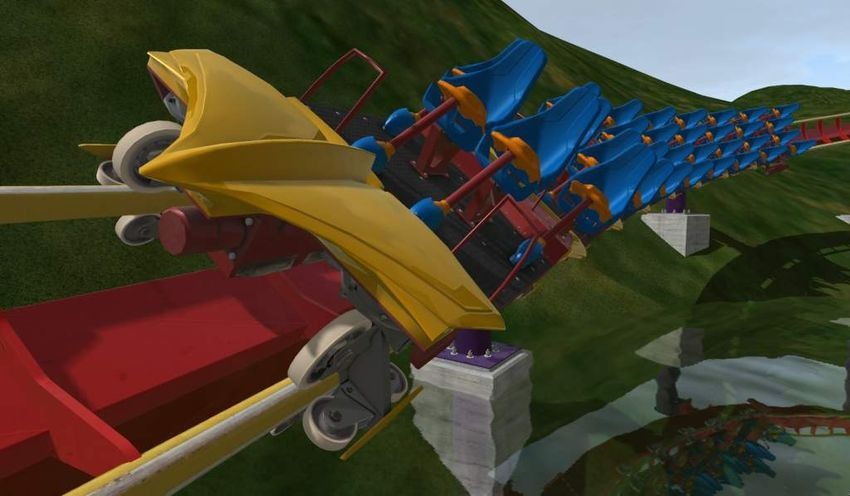 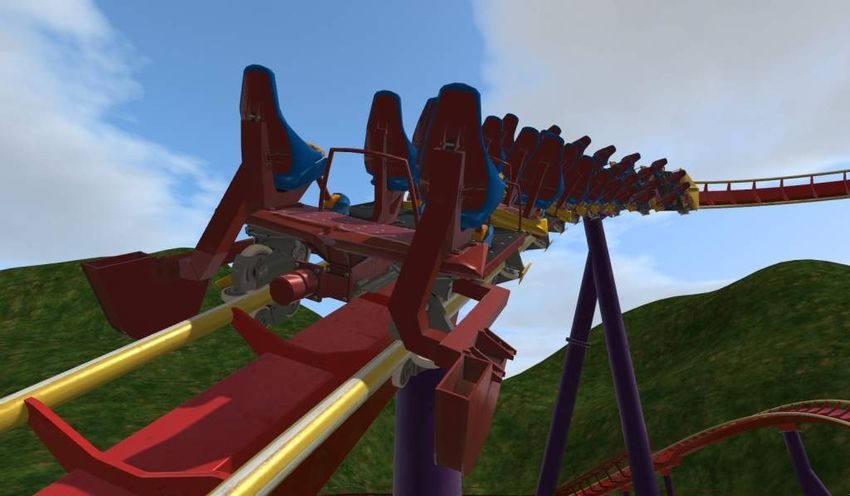 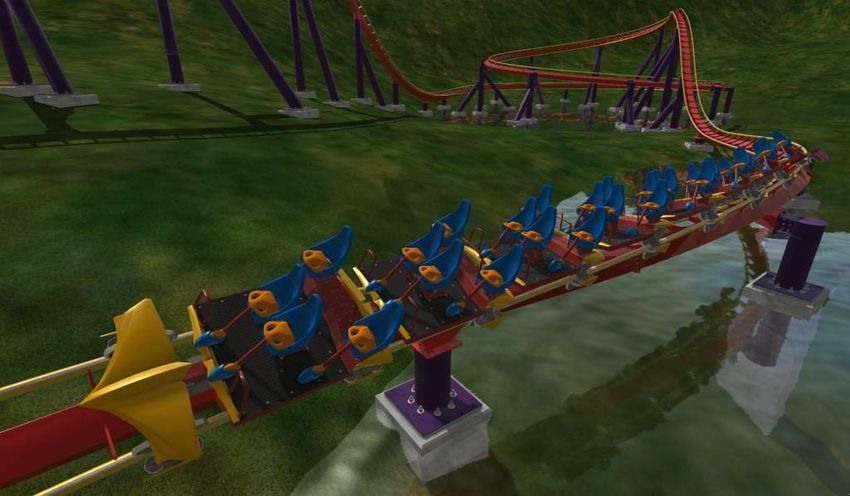